So for those of you who don't know me, I'm Joanie Cicatelli, musician.  I've been singing professionally since the age of 18.... and have been performing for a few decades....y'all can try and figure out how old I am.... but I'll never tell.  With mostly classic rock influences, I love Fleetwood Mac, The Pretenders, The Who and countless others.  Living in the northshore area, I play in Wakefield, Stoneham, Woburn, Peabody but will always travel.

As I mentioned I started singing professionally when I was 18, but I've been singing since I was 8.  Went to The New England Conservatory of Music  for voice and piano (Yeah I play a little) when I was a sophomore in H.S. then Berklee College..... along with a lot of private study.  Got into my first rock bands at the end of my teen years, and was the Original Wedding Singer for the next 20.... decided I wanted to do my own thing..... so I did!

First and foremost, very exciting news in my career, I'm part of an amazing project, Barry Goudreau's Engine Room!  Singing backup for the guitar legend  and Brian Maes, Tim Archibald and "old" Tony DiPietro along side of my girls, Terri O'Soro and Marybeth Maes... Lots of exciting shows coming up with these guys/girls and truly a dream come true!!

I put Cool Change together in 2004 with my long time friend/guitarist Paul Sciaba..... we went from a 5 to a 4 piece to now either a 3 piece or duo.... playing at Harringtons and Artichokes in Wakefield, Calitris in Danvers and Mike's Clam Shack in Wells Maine (told you I'll travel) to name a few.  I also work with my good friend Mike Walsh in Two for the Road at places like Polcari's in Woburn and  Fusion Taste in Stoneham. I 'm lucky, I get to play with all my friends (we mix and match, like musical garanimals lol) Ray Zerkle, Michael Mazola, Bob Tirelli, Terri O'Soro and Andy Ducharme,  They are all part of my music family.  I now am singing with the band Party On! new to my music family, Craig, Pat, Mike and Neil.... Playing places such as The Grog and The Skybox....  So that's me and what's up in my life.... Thanks for hanging out..... Peace 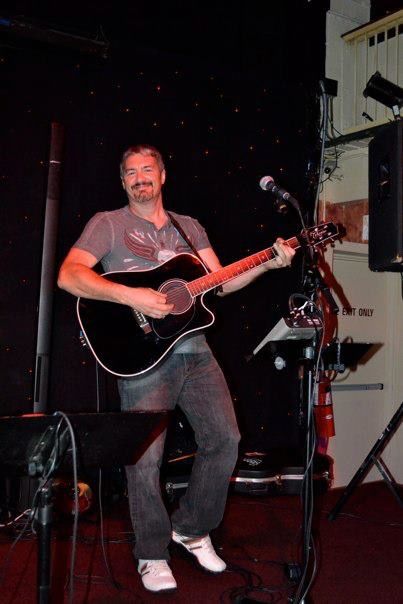